I have noticed that human beings often judge other people based on the notion that a human being is a static entity. When they talk about other human beings, they somehow unconsciously assume that the person never changes. We often reduce human beings into mere labels such as ‘he is a good guy’, ‘he is a bad guy’ etc. We tend to define human beings and confine people within the boundary of a definition. This is usually based on a very short time acquaintance with another human being. You may know a person for the past six months and within those six months that person has already been conceptualized as a static entity inside your mind; Based on how you react to the experiences with that person, you tend to form an opinion that never changes in your life. I mean, you never bother to revise that opinion.

In fact, it is impossible to grasp a full picture of a human being. Because, as I said, a human being is a process. In the lifetime of about 60 years, a human being undergoes many changes. He very frequently changes his ideologies and opinions, regrets his past actions, refines his behaviour, learns new things and tries to be more mature.

Every human being is born as a clean slate but has the genetics to have some predisposed qualities or characters. This genetic part is under nobody’s control. You are simply born with certain genes and it was not your choice. But a person learns behaviours and thought patterns by interacting with the environment. Everybody tends to repeat the behaviours which are rewarding and stop the behaviours which lead to unpleasant consequences. This type of conditioning is called operant conditioning. So how a person behaves at any given moment is a product of his genetics and his learned behaviours.

Usually, the type of environment a person gets to interact with and the type of people he gets influenced by is not in his control either. The environment is so huge with complex network of thousands of people who influence what you think and how you behave; but the human being is so tiny. He can’t control what he interacts with completely. So, if you think about it, a person is helpless when it comes to his character at any given moment. He has so and so character traits because of thousands of factors which was not under his control. Of course, everyone has free will but the free will is only an appearance. Any decision that you make in any given moment is tied to both your genetics and everything that you have learned and absorbed from the different environments you have interacted with in your entire life.

If you understand this correctly, it will automatically increase your compassion towards other human beings. It will make you more tolerant, accept other human beings as they are and forgive them easily for their defects.

Second, it is a fallacy to judge people based on their past actions. What a person did ten years before is not important and it doesn’t define how he is now. He interacts with the environment everyday and lets it shape him. So everybody goes through waves of personal transformations throughout their lives. To understand this, let us recall what I said in the beginning of this post: a human being is not an entity but a process.

There is a beautiful story in ancient Indian literature. Valmiki, the author of Ramayana was said to be a thief once. After his interaction with Narada, he is said to have completely transformed. This story gives an example of how a thief turns into a saint because of his interaction with the environment. Oscar Wilde says “The only difference between the saint and the sinner is that every saint has a past, and every sinner has a future.”. Future opens the door for transformation.

I would even say that the words like saint and sinner are mere labels which do not capture the totality of a human being. A human being is way more huge and complex than these labels. Every human being usually has good intentions, passions, care for loved ones and understanding and tolerance towards other human beings. But sometimes things go wrong and they end up learning behaviours and ideas which deviate from the social norm. All that needs to be done is to make those people unlearn those behaviours. If humanity does more research on that, we can come up with better options than punishments. Punishments are barbaric and only some poor unluckier ones go through it. The rich and influential can often get away without going through legal actions, in spite of committing crimes that are worse.

I am a blogger and a self-published author. My book "The Truth About Spiritual Enlightenment: Bridging Science, Buddhism and Advaita Vedanta" is a guide to the ultimate freedom, bliss and oneness. The book is based on my own experience. My book "Discovering God: Bridging Christianity, Hinduism and Islam" shows how all three major religions of the world lead to the same truth. I am a past student of Sri Jayendra Saraswathi Swamigal Golden Jubilee Matriculation Higher Secondary School, Sankarnagar, Tirunelveli District. View all posts by Shanmugam P

The Truth About Spiritual Enlightenment

My book 'The Truth About Spiritual Enlightenment: Bridging Science, Buddhism and Advaita Vedanta' is available for sale!

Watch a Trailer of my book 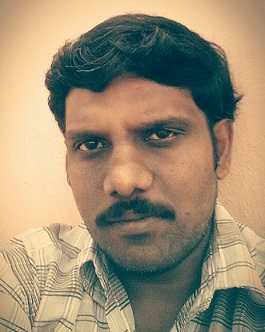 Shanmugam P is a self-published author, blogger and a poet.

He writes on various topics including spirituality, mindfulness, psychology, Buddhism, Vedanta and more.. 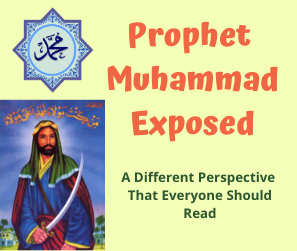 The links in the below sections are external links.

10 Misinterpreted Teachings From Jesus of Nazareth